If the planet looks blue from our sky, it is only when one’s head is in the water that one becomes aware of reality. The ocean has become a vast garbage can where gyres are accumulating waste at an alarming rate. “Ocean Cleanup”, a revolutionary device created by Boyan Slat aspires to give our Earth a new hope.

Boyan Slat, the young engineer at the initiative of this project, hopes with his plan “Ocean Cleanup”, to succeed in cleaning the oceans of plastic waste. Originally announced to be in place from 2020, this project should emerge in the coming months.

Called “The Ocean Cleanup”, the ambitious project aims to recover no less than five trillion plastic waste from bottles or bags floating on the surface of the seas. How? Thanks to a system using marine currents to trap waste.

A new system set up in few months

In June 2016, the 22-year-old Dutchman launched his first test in the North Sea. To ensure the viability of the project, the company build a 100-kilometer long barrier of floats and nets in the North Sea off the coast of the Netherlands. But since then, things seem to have accelerated.

At a recent presentation in Utrecht, the Netherlands, Boyan Slat and the engineers with whom he is working, have announced that a new, more efficient system is emerging. The latter indeed replace this unique barrier in the form of a “V” with a fleet of several small systems, much more profitable.

Over the next twelve months, about 30 km of smaller, 2-kilometer-long barriers attached to a 12-kilometer floating anchor should be launched and navigated by sea currents to collect plastic waste on their way.

His project was born from a simple sketch drawn on a paper towel. Boyan Slat was then 17 years old. “During a scuba diving on holiday in Greece: under water, I saw more plastic than fish”, he explained. Today, the dream of the young Dutchman, to rid the world’s oceans of plastic, is about to become reality.

Ocean Cleanup is an inspiring example of how we can address the growing problem of water pollution.

We believe that we are all creative people. We share the talent to think of simple but efficient sollutions to the problems that we face today. We have to have dreams to create the impossible. But the example of Boyan shows that we can.

DUTCH PICTURE INDUSTRY believes in projects like The Ocean Cleanup, because it inspires people in the way of protecting our planet. Indeed, by minimizing our impact on the Earth, we could offer a better future for the next generations.

As we saw in the previous blog about crowdfunding, the power of people is changing through the evolution of the Internet. New ways of actions are emerging and people can now act from anywhere they are on subjects they care about. At your level you can act for the oceans’ protection by signing the petition: Save our Oceans – End plastic pollution now!

Previous Post (p) Crowdfunding: be the change you want to see in the world 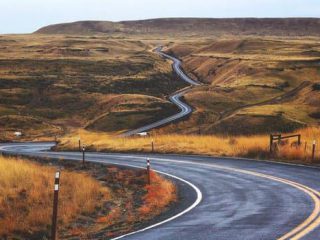