Heroic Age of Antarctica Exploration (late 19th-early 20th) is marked by famous expedition and leaders; characterized by great triumphs and tragedies stand out as exciting example of heroic endurance against incredible hardship. During this period, 17 major European and American expeditions took place following on from European conquests of this time. Antarctica represented a way to prove nations’ power by land and scientific exploration.

Explorers of this era were more than scientists and sailors, but also remembered as poets, photographs, artists and most of all dreamers. Each expedition was a feat of endurance and limits testing, these explorers made it before big advances in transport and communication technologies that had revolutionized the work of exploration. Making them more that simple scientists or sailors but real heroes of their nations.

These explorers were seen as true adventurers; leaving their homeland on a ship for years to accomplish one mission. Facing isolation, wait, extreme cold in Antarctica without forgetting that it was more than 100 years ago and means were not the same. Then, these sailors had to explore their imagination and creativity in writings and photography making them even more inspiring figures.

And for everyone thinking that time of exploration is over, is mistaking. In January 2018, Wilco van Rooijen and Edwin ter Velde hope to reach the South Pole. The Clean2Antarctica’s expedition; Taking the challenge to realize the cleanest expedition ever; they will cross Antarctica on board of a self-designed and partly made out of waste plastic vehicle powered by solar energy!

Are they the heroes of the 21st Century for Antarctica exploration’s history? This time, this is not for their nation that they will live this adventure but for the world and for next generations! They will carry with them a message for the planet: prove that clean energy and zero waste are possible. Like explorers of the previous century, they will make an expedition with technologies that are not totally established yet: they will have to show endurance and mental strength to realize this journey. Mixing up technique´s exploit and willingness to inspire the world.

If they make it, it would be a proof that fossil energy era is over and that wastes are much more valuable that we think. No need to pollute air, lands, ocean anymore: progress is still possible thanks to sustainable solutions!

What if recycled and clean powered vehicle can become the vehicles of tomorrow whether it is for expeditions or more common use?

On top of that, Antarctica represents the perfect place to send such a message of hope to the world today. This continent bigger than Europe is also the land with no nation and no population.  With 90% of the world’s ice and 70% of world’s freshwater its conservation is primordial for the planet. That’s why it is now protected by international treaty. Impacts of climate change on the continent (due to global use of fossil energies among others) are a disaster for its wildlife and for the world; its melt would be enough to raise world-sea level by more than 60 meters!

Tracing the history of Antarctica’s exploration illustrates how impressive it is to see how the world evolved within only a century! Technology incredibly evolved and geopolitics’ stakes are totally different now. Climate change is threatening this continent that was barely known 100 years ago. Hopefully, explorers of the modern time are here to go beyond the limits of the last century. 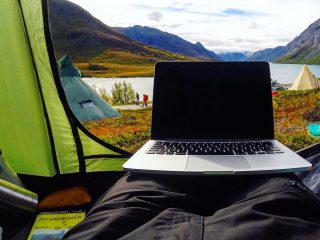 Next Post (n) Breaking Out of the Comfort Zone