Great filmmaking takes time. It often begins years before anyone touches a camera.  It begins with an idea, a moment of inspiration, or an impression, and is developed through continual revision and persistence until something is manifested in screen. Our research often begins broad.  We begin with an attempt – for it is always just an attempt – to understand that person, or place, or idea, within a greater context. We set out to answer the simplest and most important questions regarding why this particular story needs be told and how it might best be represented in film. This is a process holds true for all types of film projects, but especially for documentaries. It can be quite intellectually taxing.

At Dutch Picture Industry, we are consistently in the research phase of one major project or another. We understand well that pre-production can be a test of patience and it is something that requires an ever-dynamic process of diving into the details, and then stepping back to reestablish focus. It is part of what makes documentaries such a difficult genre.  It is also why the success of these projects is so contingent on preparation and research. Because, in order to fulfil the purpose of a documentary – to accurately capture a time, or place, or person in history – it comes with an obligation to first understand. To know it well, and then in all of that information to find those moments which sparkle.

These sparkles, these moments of clarity, are often created spontaneously.They are found in interviews or in on-location footage, which in the end come together to paint a hopefully candid portrait.  An example of one such spontaneous discovery happened for us in a video project we did for an NGO at Landgoed Eerde.  Near the end of this video shoot we captured a moment in which a rabbit exited its burrow and ran across the field. It was this moment specifically that came to summarize the video, creating perfect symbolism and an imagery that remains with the viewer. It is these instances that can make documentary filmmaking such a rewarding endeavor – to find these moments which bring project together and gives it identity.

With each new film at Dutch Picture Industry we strive to find those moments that complete the story.  For creating a film or television series is a challenging endeavor and there are many ways to fall flat on the execution. Filmmaking is perhaps analogous to a large puzzle of more than 10,000 pieces.  Little by little, day after day, the whole picture becomes clearer. Again, it takes time, and it can be difficult work. And despite all those challenges we face in research and filming and every subsequent step, we struggle on, and we are grateful for every opportunity to complete the puzzle. 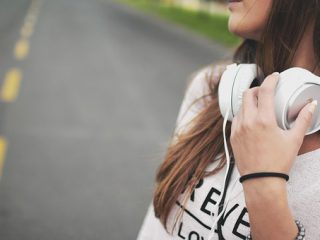